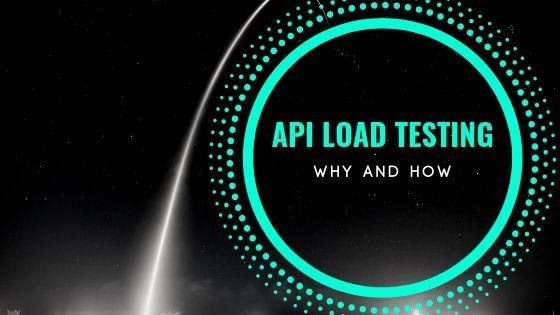 Load testing is a type of API performance testing. It is basically a simulation where multiple virtual users (VU) use the application at the same time and the application’s response to this behavior is observed. These multiple users can be created from the same machine in a cloud environment.

During the process of API load-testing, VUs apply the load to your application concurrently. These users thus simulate the users who are expected to use the application in the real world.

Why do we need load testing of API?

Load testing of your API at its build stage is important to prevent failures when it is run in the real environment. As they say, prevention is better than cure!

The first and most crucial reason why load testing is required for an API is that these tests can be used to monitor the application’s response time for each of the transactions over a period of time. This helps determine application efficiency.

You can then utilize this information to improve the design and efficiency of your API. API load testing provides a simulation of real-time load monitoring. So, you can actually get an idea of how the user would perceive the application in the future.

Performing API load tests helps in the diagnosis of any existing deficiencies in the application at an early stage. Such issues, if left unattended, can otherwise be very costly on your time and money.

To understand this better, let’s think of a scenario where the application is deployed to the user without load testing. As a result, any delayed load time or crash with more load would result in a dissatisfied user.

API load testing aids in step-wise improvement in design and thus systematically create a perfect design. The end application after a high-quality load testing is expected to give much better results, high performance, and increased profitability.

Releasing an API without load testing can be very expensive in the long-run. In the absence of any proper load testing efforts, the theoretical API will never achieve its practical and expected functionality. Then much more time, energy, and money would need to be invested in improving it.

To understand the repercussions better, let us consider a real-life situation. It is the financial year-end day of a major bank. And, four times the expected number of users are logged in to the bank application at the same time. Everybody is running short of time.

The application now suddenly crashes down as it was not designed considering that level of user load at the same time. This becomes a serious problem for the bank which is obligated to serve and satisfy so many users in a short span of time. But, their application is not capable of doing this.

Though there are numerous API load testing tools available in the market, both open-source and paid, the selection of the right tool is still a challenge.

Thus, to ensure that the chosen API load testing tool is up-to-date and user-friendly, we should prefer the latest ones or those which are being updated regularly.

• The Grinder: This is a Java-based load testing framework which is available with an open-source license. It uses Jython giving benefits of both Java and Python, thereby making the tests easy to customize.

• Tsung: It is again an open-source API performance testing tool. This is basically used to run tests and generate reports. This tool is supported on Linux Operating System. The limitation of this tool is that it has no GUI for the development and execution of the test process and so certain users do not find it very convenient to use.

• JMeter: This open-source tool is a Java desktop application. Apache JMeter is designed to load test functional behavior and measure the overall performance of API. An added advantage is that it has a good user interface.

• Appium: This is also an open-source tool that can be used for testing an API on a real device or a simulator. The major disadvantage is that it offers limited support for hybrid apps testing.

The list is endless, but it is better to try two to three different tools and then select the best based on your specific needs and requirements.

So, why not hire specialists in the field! And, if you found this article useful and informative, do not forget to share it!

A Technical Content Writer and Content Marketer, Shweta is the owner of Naxshatra.com. An Engineer and a tech enthusiast, Shweta loves to craft handmade jewelry.

We use cookies on our website to give you the most relevant experience by remembering your preferences and repeat visits. By clicking “Accept”, you consent to the use of ALL the cookies.
Do not sell my personal information.
Cookie SettingsAccept
Manage consent

This website uses cookies to improve your experience while you navigate through the website. Out of these, the cookies that are categorized as necessary are stored on your browser as they are essential for the working of basic functionalities of the website. We also use third-party cookies that help us analyze and understand how you use this website. These cookies will be stored in your browser only with your consent. You also have the option to opt-out of these cookies. But opting out of some of these cookies may affect your browsing experience.
Necessary Always Enabled
Necessary cookies are absolutely essential for the website to function properly. These cookies ensure basic functionalities and security features of the website, anonymously.
Functional
Functional cookies help to perform certain functionalities like sharing the content of the website on social media platforms, collect feedbacks, and other third-party features.
Performance
Performance cookies are used to understand and analyze the key performance indexes of the website which helps in delivering a better user experience for the visitors.
Analytics
Analytical cookies are used to understand how visitors interact with the website. These cookies help provide information on metrics the number of visitors, bounce rate, traffic source, etc.
Advertisement
Advertisement cookies are used to provide visitors with relevant ads and marketing campaigns. These cookies track visitors across websites and collect information to provide customized ads.
Others
Other uncategorized cookies are those that are being analyzed and have not been classified into a category as yet.
SAVE & ACCEPT